How AI is Removing Diversity Bias in Recruitment 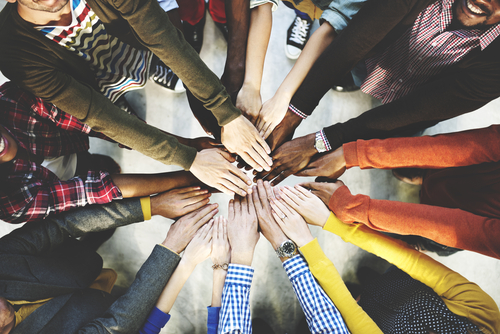 “Black Lives Matter” would be the strongest words 2020 bashed on the face of humanity. This movement revealed and protested the unjust happening towards all kinds of minorities. Centuries extending the scapegoat approach, where the dominant group will displace their unfocused aggression onto a subordinate group are still happening around us. Psychologists across the world have been finding human nature and its weaknesses as a topic of interest for several decades. This is a universal problem, which affects the daily life of most people, especially in their professional choices and opportunities, that needs a remedy. However, perfect succor for managing diversities remained unsolved until now.

Human interaction, subjectivity, and bias in the recruitment process increased the gap of diversity in a professional sector. People have been trying to decrease the gap by changing human behavior, perception, and attitude. Unfortunately, the degree of change was not enough to bring a revolutionary change to ensure parity in the staff selection process.

Now let us see how a machine is apathetic and logical when it does its job.

Why AI does a better job

Artificial Intelligence is the new definition for transparency across organizations by increasing automation, accuracy, and efficiency. Google Maps is an example of simple yet revolutionary AI that helps people in their everyday life. Imagine Google Maps as the person who is hiring you. By analyzing the easiest, less crowded, and fastest route shows the most efficient option to reach one’s destination. These kinds of drives can be safer, less confusing, and accurate. Thus, one will save time and money. Google Maps doesn’t care about the ethnicity, culture, race, or gender of the person behind the wheels. Similarly, by introducing an AI to recruitment processes, the candidates’ data will be analyzed in the best possible manner. It is best because, machines do not have emotions, it purely works on the base of logic. The lesser the logic more the chances of ending up in poor decision making.

Most Common Type of Biases

Psychologists Daniel Kahneman, Paul Slovic, and Amos Tversky introduced the concept of psychological bias in the early 1970s. They published their findings in their 1982 book, “Judgment Under Uncertainty.”

They explained that psychological bias – also known as cognitive bias – is the tendency to make decisions or take action in an illogical way. For example, you might subconsciously make selective use of data, or you might feel pressured to make a decision by powerful colleagues.

This type of bias is the most common in an organizational setting. Confirmation Bias occurs when a person looks for information that supports their existing beliefs, and reject data that go against what they believe.

This bias is the tendency to jump to conclusions – that is, to base one’s final judgment on information gained early on in the decision-making process. “the first impression is the best impression” bias

This happens when a person places too much faith in their knowledge and opinions. They may also believe that their contribution to a decision is more valuable than it actually is.

This is the tendency to blame others when things go wrong, instead of looking objectively at the situation. In particular, people may blame or judge someone based on a stereotype or a perceived personality flaw.

The industrial revolution could be one of the key reasons that lessened untouchability and the impact of the caste system in India. Traveling inside public transport contributed a lot to gradually change many regressive customs. Likewise, a technological revolution is opening the doors of indefinite opportunities and reducing inequality in the working sectors.

The introduction of AI removes the psychological biases and assesses data with objectivity. The influencing factors which could increase the diversity gap can be wiped out with the help of an AI. Most importantly, in front of an AI, everyone is what they say who they are. There is no space for a third person’s opinion.

In order to ensure a hundred percent performance, AI goes through several tests and experiments. The developers make sure that it undergoes robust and rigorous trials to make it errorless. Hence, the outcome from an automated selection process from a data pool becomes incredibly fast and bias-free.

Recruitment through resume selection is not the only purpose of an AI. Companies have introduced Pymetrics game-based behavioral assessments that are a series of games that showcase One’s potential and will allow the company to get to know the applicant a bit more beyond what they have submitted in their applications and resume. They are designed to be fun and simple.

In addition, with the help of AI, people get automatically redirected to apply for vacant positions in the organization which might match their resume.

The scope of AI in the field of recruitment is infinite. Both the recruiters and applicants could benefit tremendously by implementing Artificial Intelligence in their selection process.