The Rising Tide Of Nearshoring In Latin America 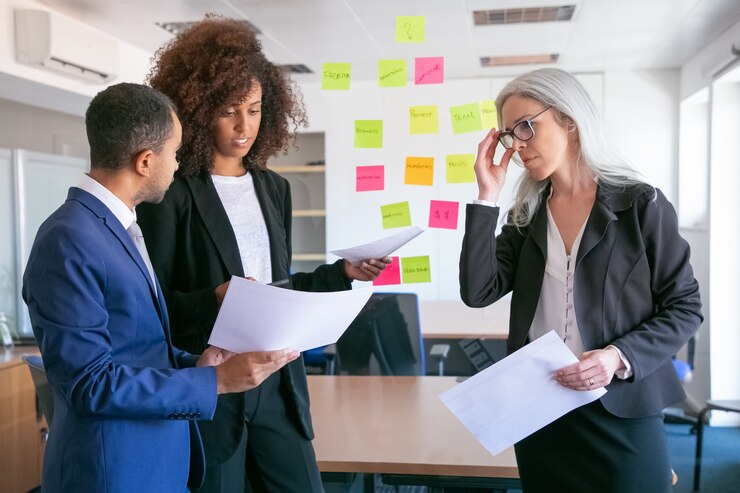 COVID-19 has compelled the world to quickly adjust to a “futuristic mode of functioning” that no one could have predicted. Today, businesses are embracing a decentralized approach to work by growing across many geographic areas to take advantage of each country’s distinct talent and cost. In fact, COVID taught businesses that relying heavily on a single region or centralized operations might be disastrous during times of crisis. The increasing transition to remote or hybrid work arrangements with work from home has prompted some US firms to lessen their reliance on outsourcing essential business activities to nations halfway around the world.

Latin America’s relevance as a source of global IT and business process outsourcing services has been expanding due to its closeness to the United States, language abilities, telecommunications infrastructure, and tax benefits, according to KPMG research from 2009. Despite massive economic disruptions caused by the global financial crisis and, more recently, the Covid-19 outbreak, Latin America has developed as a worldwide IT nearshore service agency Latam over the last decade.

Reasons LATAM has emerged as a Nearshoring Hotspot

LATAM’s potential as an up-and-coming software design and development powerhouse has been highlighted in geographic market research. The key success factors that have contributed to LATAM’s rise as a hotbed for nearshore investment are-

The agile or scrum approach plays an important role in IT outsourcing. Every stage of the project requires continual communication with key stakeholders to plan, execute, and assess. One of the most difficult aspects of outsourcing to Asia, for example, is the time zone difference. These approaches, on the other hand, work well for LATAM nations since they share comparable time zones with the US and Canada, with just a few hours of variance. This facilitates digital communication and eliminates any substantial delays in project completion, saving money.

For instance, if an employee or team member wants to visit the site, the time spent travelling is significantly reduced. It is simple to arrange a morning visit and return to one’s own country by nightfall. Interstate links, for example, connect emerging software development centres like Mexico City and Jalisco to the United States.

Due to comparable working practices and corporate approaches, intercultural misunderstandings are rare in LATAM because of its cultural closeness to the United States. This aids in a better understanding of the customer’s attitude while delivering the required outcomes. Furthermore, many potential developers are bilingual (English and Spanish). As a result, intercultural dialogue between international clients and LATAM SPs runs more smoothly, reducing any delays created by miscommunications over time.

LATAM exhibits a cost-effective pricing structure while maintaining high service quality. The available expertise demonstrates great design and development abilities on par with their American rivals, but at a fraction of the cost. Outsourcing to LATAM not only saves money on salary but also saves money on travel expenses. Certain LATAM nations have switched to the US Dollar as their official currency to stabilize their economy and minimize transaction costs, with the goal of encouraging bigger companies to open local headquarters. Ecuador, El Salvador, and Panama are among these countries.

With the unprecedented surge of digital change spreading across sectors, there is an enormous scarcity of trained personnel in new-age technologies throughout the world. LATAM-based institutions have been spending extensively on English and STEM (Science, Technology, Engineering, and Mathematics) courses, as well as supporting exchange programmes with North American colleges to address this talent gap.

Additionally, when the impacts of The Great Resignation filter down into businesses in the United States with increasing costs, LATAM has an advantage — it houses a large number of coders and UI/UX designers at inexpensive rates for exhibiting a similar level of work. A country like Mexico, for example, has around 400K software product development engineers.

Several Latin American nations now score higher than classic outsourcing centres like China and India, or even younger developing hubs like Vietnam and Ukraine, according to EF’s English Proficiency Index (EPI) for 2020. Argentina, Costa Rica, and Chile are the only Latin American countries with a “high” grade for English proficiency. The EPI average for the area is 480, somewhat higher than the Middle East’s 441 and just behind the Asian average of 492. Furthermore, in 2020, 12 of the 19 Latin American nations raised their ranking, indicating that investment in English education is paying off.

This is where Latin America truly shines as a top nearshoring destination for US businesses. Colombia, Ecuador, and Peru are all in the same time zone as New York, which makes them good nearshoring alternatives for workflow. The rest of Latin America shares 4-7 hours of the typical workday with the United States.

The key advantage is that reaction times are quicker, and communication is more fluid. While having developers in Asia work on your projects while you sleep may sound great, what happens if you run into an unanticipated issue or have an urgent inquiry for a developer?

The Emergence of LATAM as a Potential Investment Market

The in-depth market analysis has helped discover a long list of assets ideal for private equity and strategic investments, converting LATAM into the post-pandemic nearshoring pivot. More than 700 Digital Engineering SPs are located throughout the area, particularly in Mexico, Brazil, Argentina, Colombia, and Costa Rica. In addition, its growing skill pool, cost benefits, and geographic, linguistic, and cultural proximity provide a plethora of investment options. To build considerable value over the next five years, leaders must navigate the aforementioned factors.

Latin America has emerged as the leader in the market where new companies are willing to invest. If you are also planning to expand your growth, then it is the best choice.